Neighborhood News students recently learned how to be safe online in their roles as journalists, thanks to a recent virtual class visit from representatives from the Committee to Protect Journalists, or CPJ.

“Journalist safety wasn’t something I’d even considered until I started reporting on it myself,” said Westcott, who works with the Emergency Team at CPJ that is providing resources to journalists on how to safely report the pandemic.

“As I got later into my career,” said Westcott, “I realized ‘Oh, I had gotten online harassment in response to things I’d written about.’ I’d never had to deal with that before, and I didn’t know how to deal with it.”

If there was one thing I wish I had done from the very beginning of my journalism career — making my personal and private social media accounts separate.

As an advocacy and research organization, CPJ promotes press freedom around the world and helps journalists in need. One of the organization’s more critical contributions is a census that comes out every year that keeps track of the killing and imprisonment of journalists in relation to their work.

When the class discussion shifted to places that could require more safety measures while reporting, such as Syria or Mexico, Paron prompted the class to think about what it would mean if some countries were successful in scaring journalists into silence. “Think about all of those stories and situations that aren’t getting light shed on them,” she said. 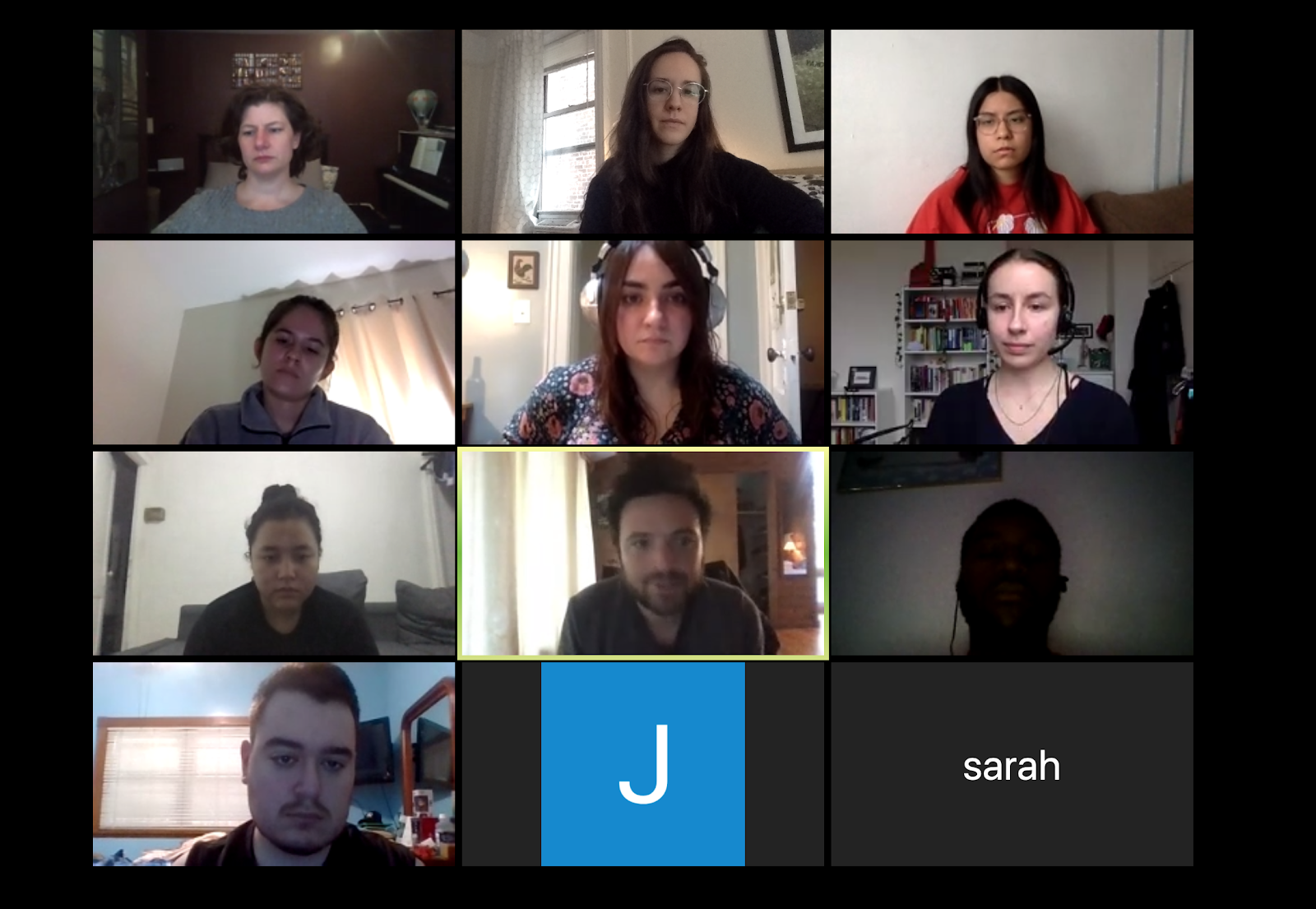 Shapiro works as CPJ’s self described “in-house” reporter, who covers press freedom as a beat.

“We have developed expertise in press freedom as a subject area for coverage, and that’s something that CPJ does really, really well,” he said. A recent article by Shapiro covered how governments across the world are considering cellphone surveillance as a way to help contain the novel coronavirus, and what that means for journalists.

While contagion coverage creates new opportunities for young journalists to collect clips, students should consider protecting themselves by removing their personal information from the internet. That’s something Westcott said she wished she learned earlier.

“If there was one thing I wish I had done from the very beginning of my journalism career — making my personal and private social media accounts separate,” she said.