“It’s like giving someone the car keys before they learn to drive. You’re inevitably going to crash. But you’re learning by doing.”

That’s how newly minted Hunter journalism graduate Ezra Wolfgang recently described diving into the deep end on his fall internship at ABC News, where he now works 40-plus hours, five days a week, on the news network’s assignment desk.

And it’s not his first go-round at the network. Last fall, he completed an internship with ABC’s newsgathering operations team.

Wolfgang says his current duties have ranged from the routine (booking travel for correspondents and fielding phone calls, which helps him get to know lots of show producers) to the rousing (writing on-the-spot news briefs and look-aheads for assignment editors).

Since starting the post in September, he has researched everything from President Donald Trump’s White House agenda and the Senate confirmation of Justice Brett Kavanaugh to lottery drawings and sports championships.

Much of the news internship involves fast-moving developments. For instance, he’s gathered info for the news team on a slew of hurricanes and a fatal shooting in South Carolina, written up police scanner notes and transcribed press conferences.

Wolfgang has also delved into multimedia with a crash-course in Avid video editing. And he’s braved the social media thicket, learning tracking tools like Tweetdeck and then verifying photos and videos of events that appeared on social media, such as a recent plane crash, so he can obtained the rights for the network to use them on air.

But writing is the favorite part of the job for this former honors student, who graduated last spring from the Media Studies and Journalism programs. Wolfgang has successfully published four pieces on the network’s online news site, including a deadline story about a suspicious letter sent to Republican Sen. Susan Collins, as well as stories on dash-cam footage of alleged police brutality, a New York State financial investigation and a breakthroughs in robotics. 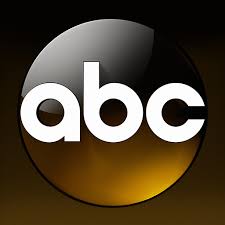 The internship lasts until mid-December, after which Wolfgang will be on the hunt for full-time work.

In the end, Wolfgang says that making his way at the network often means finding out about how to do something when bosses first tell him to do it — and then learning how to do it properly only after first doing it wrong.

But there’s one thing he says he is deflinitely learning on the job: “What makes a good story.”

To learn more about paid internships at ABC News, where summer opportunities will be posted soon, visit our ABC internship page.