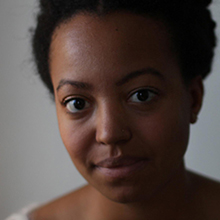 Listen to the Weekend Edition segment on the audio player below, or read a transcript of the interview. And check out her reporting work on the topic for The Marshall Project.