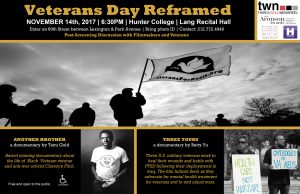 Veteran’s Day Reframed will screen two films that follow U.S. military veterans returned from two different wars – the Iraq war and the Vietnam war – suffering from the trauma of their service, and becoming activists and advocates for peace and treatment for veterans. There will be a post-screening discussion with the Filmmakers and Veterans.
END_OF_DOCUMENT_TOKEN_TO_BE_REPLACED 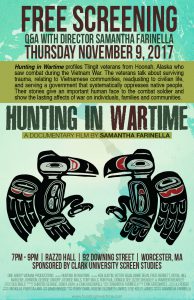