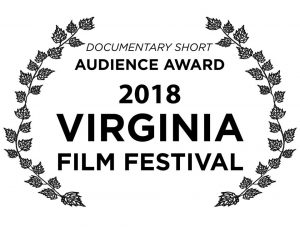 About the documentary:
Thousands of kids, teens and adults with Obsessive Compulsive Disorder (OCD) are trapped in a vicious cycle of worries, intrusive thoughts and rituals. And while families and loved ones are desperate to help them, fighting OCD takes time and specialized therapy. To uncover what OCD is, and what it isn’t, filmmakers Kelly Anderson and Chris Baier focus on an unlikely group of experts: kids!
END_OF_DOCUMENT_TOKEN_TO_BE_REPLACED 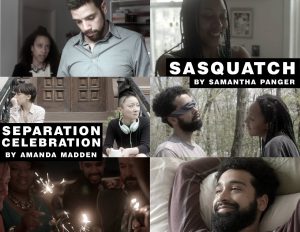 IMA student Amanda Madden along with her collaborator Samantha Panger will be showing their two short narrative films Separation Celebration and Sasquatch on Monday 11/12 and Wednesday 11/14. Monday’s screening will take place at the New Women Space at 7:30pm, and Wednesday’s screening will be at the Bonus Room at 8:00pm. Separation Celebration is directed by Amanda Madden. It explores breakups and the positives they can bring. Sasquatch is directed by Samantha Panger.  The film offers a surreal examination of a couple’s relationship. These films were an experiment in collaboration, shared resources and improvisation in filmmaking between the two directors. Alongside the screenings will be a performance from a musician featured in the film.
END_OF_DOCUMENT_TOKEN_TO_BE_REPLACED