Th film “Red Tulips, A Story About Forgetting” written and directed by Shanti Thakur will screen at the New York International Short Film Festival, Tuesday, May 28th at 7:30pm. It will screen at the Landmark Sunshine Cinema at 143 E. Houston Street on the Lower East Side.

Red Tulips is about a magical world where memory lasts only a few hours. James learns how to recognize
the only thing he really needs to know.The trailer can be seen here: http://www.shantithakur.com/redtulips.html 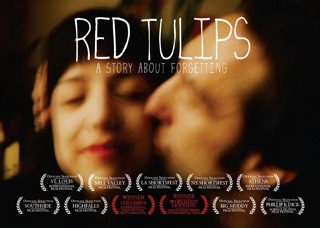