Sarah and Ryan will be hosting an after-party for their Brooklyn Film Festival New York Premier at Dobbin Project Space on Friday, June 7th from 9-11pm.

The Dobbin Project Space is an amazing art space founded and run by IMAers- Sarah Nelson Wright, Laura Chipley and Mary Jeys. With many other IMAers involved.

The afterparty will feature the photography of Ryan Joseph and Sarah’s 4 channel video installation, which recreates the environment of the Rink. 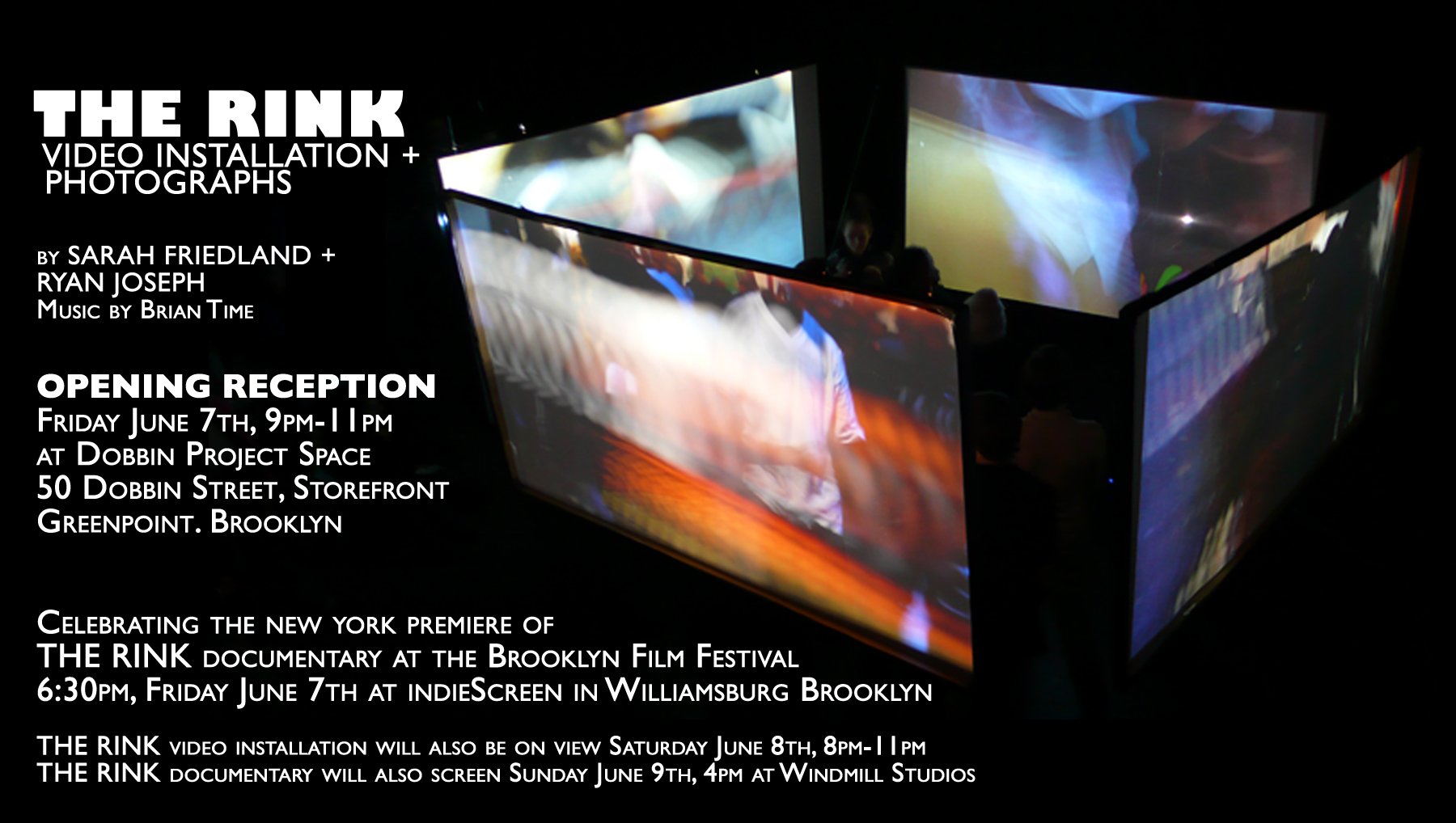 They will also have a New Jersey Premier coming up at the New Jersey International Film Festival’s, opening night feature film on Friday, May 31st at 7pm.