Dariya’s artwork will be shown at: 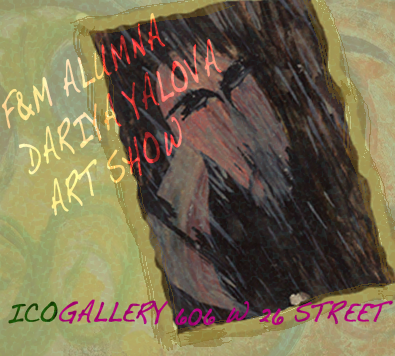 Film & Media alumna Natalya Serebrennikova has a short nominated as one of three finalists for this week’s Reel 13. Her short, titled “Cicada”, has earned her an NBR Student Grant award and third place at CUFF this year. The winner with the most votes will be broadcast Saturday, June 19th along with two feature
films. Voting ends this Wednesday at 5PM. To vote, and for more information, go to the link.

Sam Feder’s short film No More Lies will be screening:

Guilford’s Organ Barn for a full afternoon of short films followed by a community barbeque.