The film is playing during the Pan African Film & Arts Festival as part of the LGBTQ Shorts series at RAVE Cinemas in Los Angeles, CA. from Feb 4th – 15th. 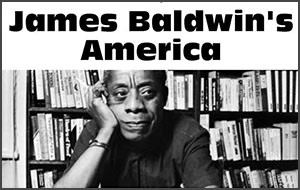 The series delves into the work of acclaimed writer and public intellectual James Baldwin who spoke about the tense relationship between America’s democratic ideals and our fraught racial history.

IMA student, Seyi Adebanjo will be showing her short film, Trans Lives Matter! Justice for Islan Nettles at two different events. It is a documentary about a community vigil for Islan Nettles, a victim of hate crimes.

She will be presenting the short at NYU for a IAAA-NYU semester-long series called,” Brother to Brother, Sister to Sister,” a series celebrating the works of LGBT artists. Series will consist of lectures, poetry and film screenings with key figures, as well as emerging stars, of the LGBT intelligentsia. Trans Lives Matter! Justice for Islan Nettles will be screened on March 12 at NYU at 6 p.m.

Adebanjo will also be presenting at the BFI London Lesbian and Gay Film Festival on March 26.