Professor Mercado’s feature film, Saturnalia, which was produced with an all student crew from the Department of Film & Media Studies, has won multiple awards during its film festival run this summer:

Saturnalia has also just been announced as an official selection at the prestigious Cincinnati Film Festival, and will screen there later this month.

The Filmmaker’s Eye: Learning and Breaking the Rules of Cinematic Composition” 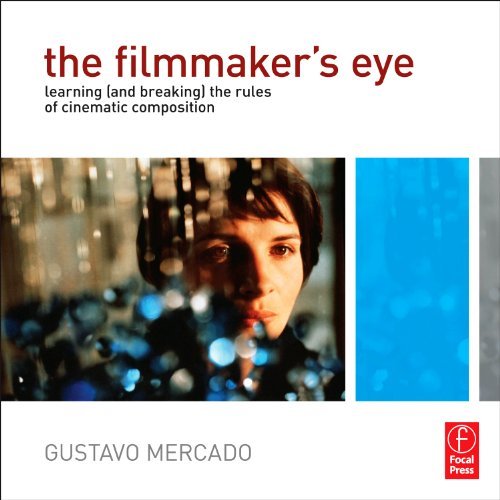 This is the only book that combines conceptual and practical instruction on
creating polished and eloquent images for film and video with the technical
know-how to achieve them.
Loaded with hundreds of full-color examples, “The Filmmaker’s Eye” is a focused,
easy-to-reference guide that shows you how to become a strong visual storyteller
through smart, effective choices for your shots.
After a short introduction to basic principles, a variety of shots are
deconstructed in the following format:
– Why It Works: an introduction to a particular type of shot
– How It Works: callouts point out exactly how the shot works the way it
does–the visual rules and technical aspects in action
– Technical Considerations: the equipment and techniques needed to get the shot.
– Breaking the Rules: examples where the “rules” are brilliant subverted
END_OF_DOCUMENT_TOKEN_TO_BE_REPLACED