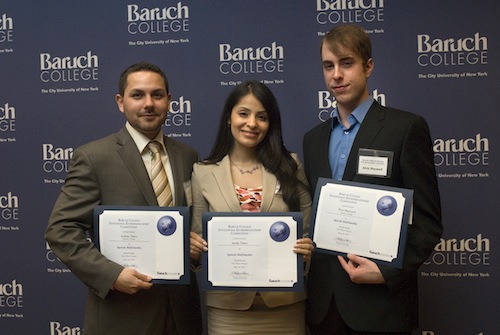 END_OF_DOCUMENT_TOKEN_TO_BE_REPLACED

Fausto Giovanny Pinto won the award for best feature story for his portrayal of a Pentecostal pastor’s efforts to feed the hungry in his South Bronx neighborhood. The story appeared in The Hunts Point Express, the community newspaper staffed by students in Neighborhood News, an advanced journalism class.

Jesse Lent won the award for best news story for his article in The Envoy on a student referendum to decide whether to fund a new environmental organization, the Green Initiative…[read more]