Red Tulips will screen with other selected works by Prof. Thakur tomorrow night, Tuesday, April 23 at 6pm in the Lang auditorium, Rm 424. Q and A moderated by Prof. Andrew Lund.

Synopsis: This is a magical world where memory lasts only a few hours. While millions dig for their identity in their own “Book of Human Memory”, James instead, returns home to learn who his wife and daughter are. Liberated from the filters of memory, this is a fable about discovering trust and human connection in the present moment. 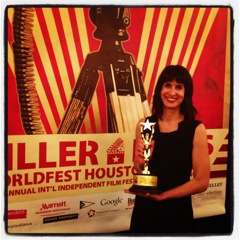