On September 15, 2010 at 8 p.m. at ISSUE Project Room guest curators Meredith Drum and Rachel Stevens will present “Hurricane Season,” a one-night screening of experimental documentary shorts reflecting the recent history of the Gulf Coast of the U.S. —– catastrophic storms, an oil spill, a pattern of government un-response and other evidence of a complex system out of balance.

ISSUE Project Room is located on the 3rd floor of (OA) Can Factory, 232 3rd Street at 3rd Avenue in the Gowanus neighborhood of Brooklyn.
Subway F and G Line to Carroll St-Smith St. stop.
Telephone: 718-330-0313.
Website: issueprojectroom.org.
Admission is FREE. 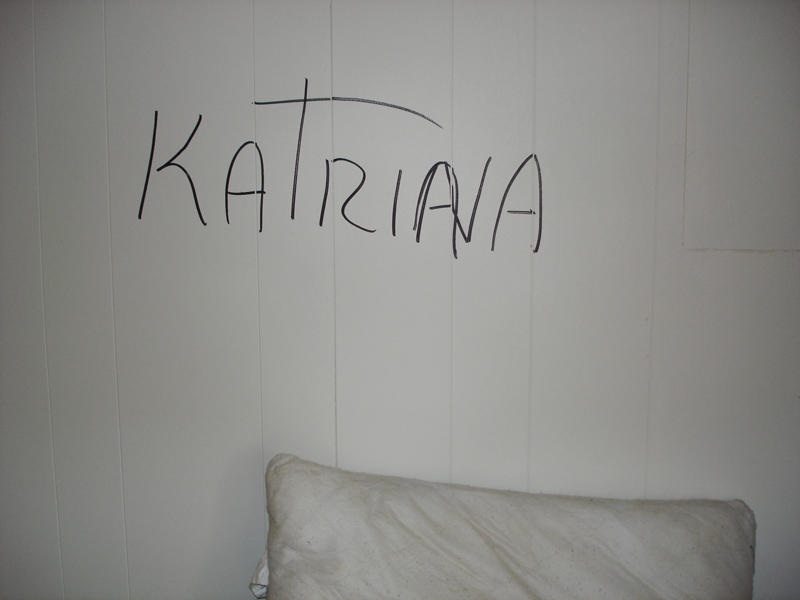 Produced primarily in the Gulf region, the work included in “Hurricane Season” responds to complex issues with experimental strategies in an attempt to represent the landscape, people, the system, industry and their interrelationships. Representing a range of styles that are more lyrical and differently mediated than images seen in popular culture immediately following each disaster, the line-up features work produced since 2005, including some very recent work that is still in progress. Liza Johnson’s South of Ten considers how Mississippian survivors of Katrina are framed, with gesture and performance as alternatives to conventional interview-based forms of bearing witness. Pawel Wojtasik’s immersive video Below Sea Level (courtesy Priska C. Juschka Fine Art), partly shot with a 360° panoramic camera in and around New Orleans, articulates a sense of impermanence inherent in the location, underscored bySteven Vitiello’s soundscape. A collaborative film/video by Courtney Egan and Helen Hill takes a more personal and fleeting look at one block, blending flood-damaged film found after Katrina with video shot of the same site. Work currently in progress examining the BP oil spill will include pieces byGhen Dennis and Christina McPhee.

Framing the contemporary work will be excerpts from Robert Flaherty’s Louisiana Story from 1948 (courtesy Flaherty Film Seminar) and Tony Oursler’s Son of Oil from 1982. Louisiana Story, a lushly shot docudrama in black and white commissioned by Standard Oil, features an idyllic Bayou setting and an innocent boy’s adventures there as changes come to the region through the construction of an oil rig. The landscape and lifestyle of the Cajun people appear undisturbed by the drilling process, and even improved by the arrival of the oil industry. Tony Oursler’s colorful diatribe against the oil industry and our culture’s oil addiction is playfully enacted by performers and paper sets.

Although the program is regionally focused, the intricately intertwined economic, environmental, social, public and private issues suggested by the films and videos speak to a larger context as we collectively grapple with a gross consumption of fossil fuels, global warming, environmental erosion, newly diminished ways of life and unstable economies—and how to represent these things.