A new issue of The Hunts Point Express, the community newspaper staffed by Hunter students covering the poorest neighborhood in the poorest Congressional District in the United States, is out. In the web version, www.huntspointexpress.com, find stories on one of the worst apartment buildings in New York City and on the impact of federal budget cuts on local after-school programs and go to a circus where South Bronx teens fly and tumble and tightrope walk. Also, find videos produced by the Dutch students who visited Hunter for an intensive two-week video program. 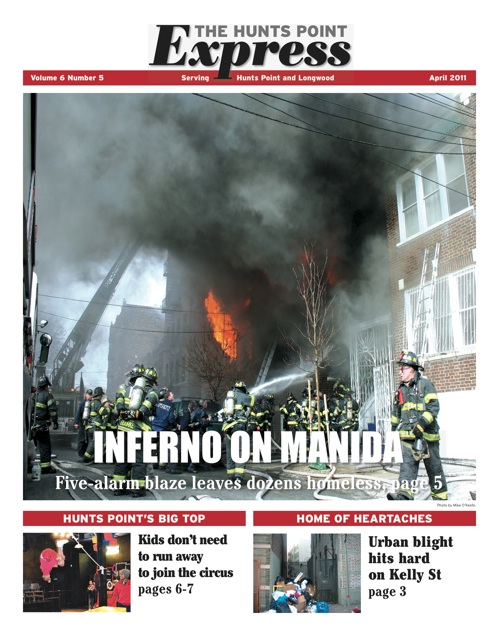