Details to come, but it is an exciting set spanning IMA film and interactive talents, and students from several starting years.

Screening and discussion of It’s Time We Talked

The Hunter Integrated Media Arts MFA program invites you to

Citizen Power in New York City: An evening of film and discussion
exploring our local options for participatory power.

Join us for screenings of What is the Community Board? (10 min.), a
short about New York City’s most local government bodies by Hunter IMA
alum Tamara Gubernat, and It’s Time We Talked (53 min.), a wry and
intense road trip through direct democracy’s history and potential in
America, by Hunter IMA alum Olaf Bertram-Nothnagel. The films will be
followed by a discussion of Real democracy for NYC, a volunteer
campaign coming out of the second movie’s making, that offers New
Yorkers a groundbreaking opportunity to create modern day citizen
lawmaking.
END_OF_DOCUMENT_TOKEN_TO_BE_REPLACED

On Tuesday, April 23rd at 6:00PM, Professor Shanti Thakur will screen selections of her work in fiction, experimental and documentary modes, followed by a Q and A moderated by Professor Andrew Lund. 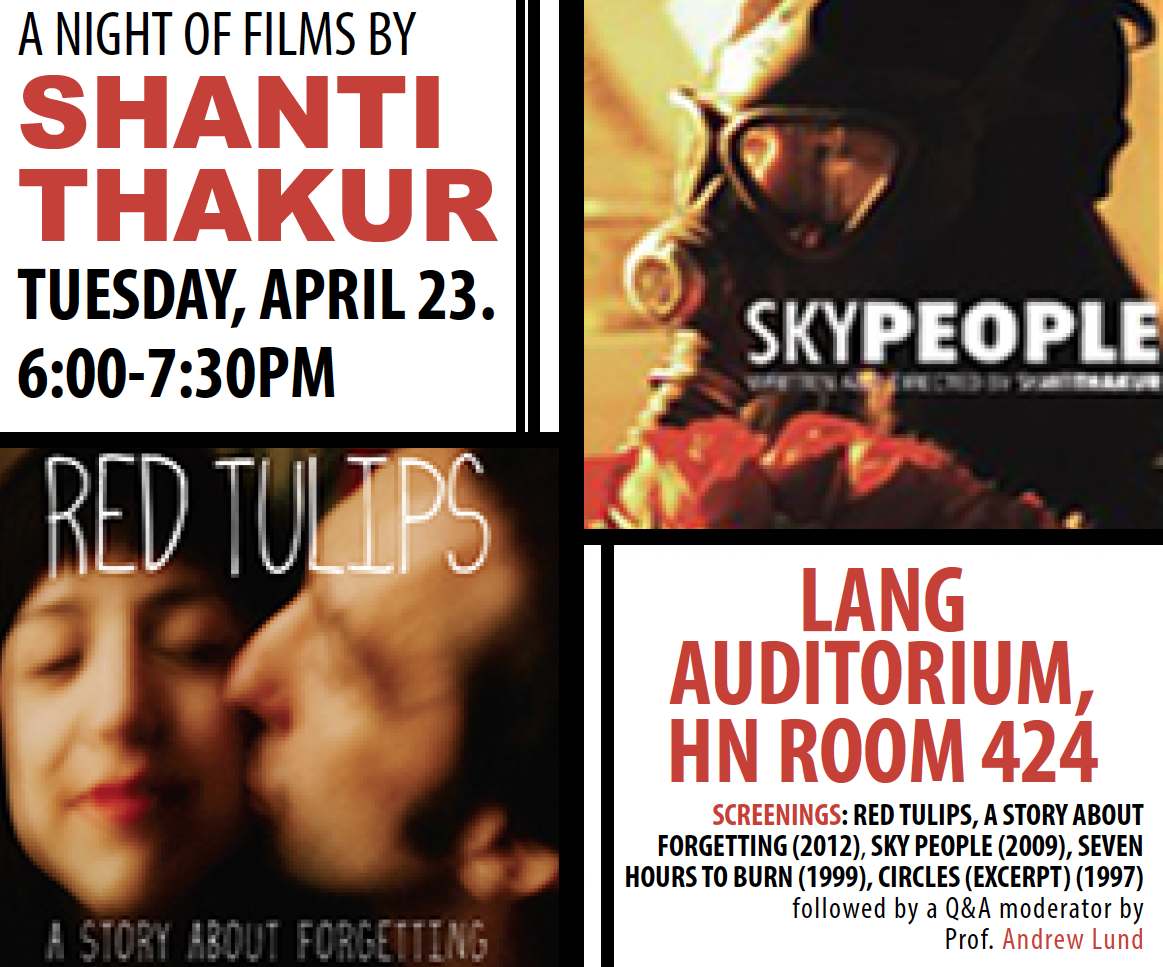