An evening of spatial sound works 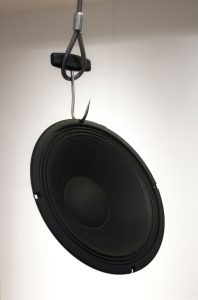 Space as Material: An Evening of Spatial Sound Works

Two leading figures in the field of spatial sound come to Hunter College to create immersive, large-scale works. Sound is used to heighten listeners’ spatial awareness and encourage a focused listening practice from within an encompassing field. Both composers take a different approach to surround sound studio composition than the more typical one that attempts to represent “virtual” space and aims for transferability into a variety of settings, including the concert hall. Instead, Neumann’s and Schumacher’s pieces represent, not sound in space, but rather space in sound.