PUZZLES: When Hate Came to Town – featured on Huffington Post

“Though the homophobic act took place in 2006, the story is just starting to get told now through the documentary Puzzles: When Hate Came to Town, and it resonates strongly in light of the recent rash of anti-LGBT hate crimes.”
END_OF_DOCUMENT_TOKEN_TO_BE_REPLACED 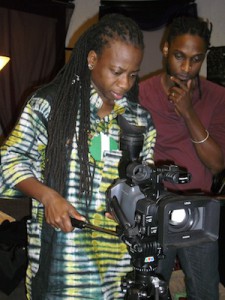 IMA student Seyi Adebanjo was recently accepted to the City Lore Documentary Institute taking place this summer with a full scholarship. Seyi will be learning multi-media/transmedia folkloric storytelling. Currently, Seyi is working on “Ọya: Something Happened on the Way to West Africa!” – a personal and political story that addresses the effects of memory on a current Òrìṣà cosmology while exploring womyn’s leadership within indigenous Yorùbá spirituality.