The July issue of The Hunts Point Express is out. To read the articles go to: www.huntspointexpress.com. 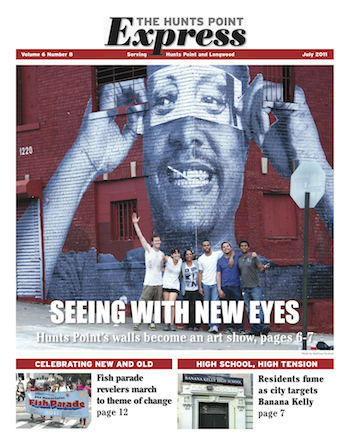 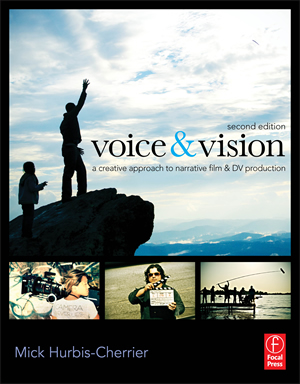 The second edition of Prof. Hurbis-Cherrier’s film production textbook Voice & Vision: A Creative Approach to Narrative Film and DV Production was published this July. Creating the second edition of Voice & Vision involved the collaboration of many Hunter College Film & Media faculty, staff and students. Prof. Gustavo Mercado again provided the illustrations for the textbook and Prof. Ricardo Miranda created all the interactive Flash illustrations for the companion website. Former film adjuncts Ramin Bahrani and John Daschbach provided short example films which are used as case studies in the book and streamed on the companion website. Films directed by Profs. Andrew Lund and Shanti Thakur are also mentioned as examples in the book. In addition, many Film & Media students and alumni worked on creating the second edition figures and website content.

Professors Larry Shore and Tami Gold have been invited to be part of the Maysles Cinema Summer Institute – check the web site for details. They are having exciting master classes and more. They will be screening RFK IN THE LAND OF APARTHEID on Thursday, July 21st at 7:30PM as a pre PBS Broadcast chat.

They are also featured in TIMEOUT NY