Jonas Pariente’s “Next year in Bombay” is selected in 4 festivals this summer (for a total of 10 screenings on 3 continents).

On July 23, the film will have its German premiere at the Beyond Bollywood Film Festival in Stuttgart, the main Indian-themed film festival in the country.

From July 28 to August 7, the film will be screening 4 times at the San Francisco Jewish Film Festival, the world’s largest Jewish film festival with more than 30’000 spectators.

From Aug 2 to 6, it will be screening 4 times at the Saõ Paulo Jewish Film Festival (South American premiere), the most important in this category in Latin America.

On August 13, the last screening of the summer will be held at the highly regarded Globians Documentary Film Festival, in Berlin.

You can find all these information : www.NextYearInBombay.com

Prof. Kelly Anderson “MY BROOKLYN” and IMA Alum Fivel Rothberg’s film “INTERNAL EXPOSURE” are among the 5 recipients of the 2011 STi Fellowship. http://konsonantmusic.wordpress.com/2011/07/20/sti-fellowship-winners-2011-announced/ 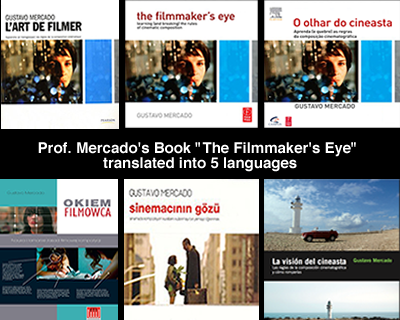 The Portuguese edition of “The Filmmaker’s Eye” was just announced by Focal Press / Elsevier / Editora Campus, to be available later this month in Brazil. This edition joins the French, Spanish, Polish, and Turkish editions already available throughout North & South America, Europe, and Asia. Since its publication, “The Filmmaker’s Eye” has been adopted by several respected colleges and universities, including the Illinois Institute of Art in Chicago, Emerson University, Lehigh University, the Savannah College of Art & Design, Columbia College and the University of Malta, among others. Professor Mercado is also currently writing a book on Lighting for Film and HD and Editing for Focal Press.

Click here for the Amazon link to the book