END_OF_DOCUMENT_TOKEN_TO_BE_REPLACED

The June issue of The Hunts Point Express updates residents on the battle over a the sickening smells from a sewer plant, takes readers to a performance of a Shakespeare play by school children, showcase the photography of one group of local teens and the efforts of another group to build a new park for skating, and includes reports on a Women’s Empowerment Group and a new science center, among other articles: www.huntspointexpress.com. 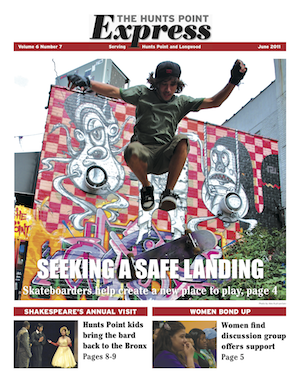