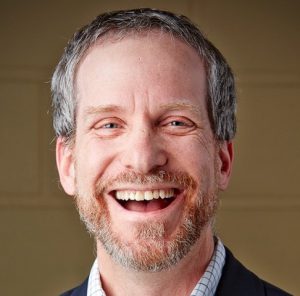 Multimedia journalist A. Adam Glenn will be joining the Film and Media Studies Department this fall to teach journalism. During his 35-year journalism career, Adam has worked in newspaper, magazine and online newsrooms in New York and Washington, D.C. His first forays into digital journalism began in the days before the web in 1991, with an email-delivered daily, then continued through a seven-year stint at ABCNews.com, where he served as senior producer before launching a digital media consulting business working with news publishers, think tanks and non-profits. Adam began teaching 15 years ago during a fellowship to India, and in the last decade has taught at Columbia University, New York University and CUNY. He’s a long-time specialist in environmental news and currently runs two climate change-related news services, as a well as a digital weekly news magazine for environmental reporters. He’s won numerous fellowships, grants and awards, including as a public policy scholar at the Wilson Center think tank, a Knight News Challenge award and, most recently, a national Murrow award for a project in partnership with WNYC Radio. He holds degrees from the Fletcher School of International Law and Diplomacy and Boston University, and lives with his daughter in the Lower Hudson Valley.