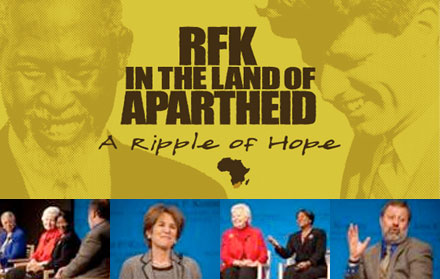 Kathleen Kennedy Townsend, the eldest child of Robert and Ethel Kennedy, said a few words after the film. This was followed by a panel discussion consisting of Margaret Marshall, Chief Justice of Massachusetts, and one of RFK’s student hosts while he was in South Africa; Albertina Luthuli, Chief Albert Luthuli’s daughter and a current member of the South African Parliament and Hunter’s Larry Shore.