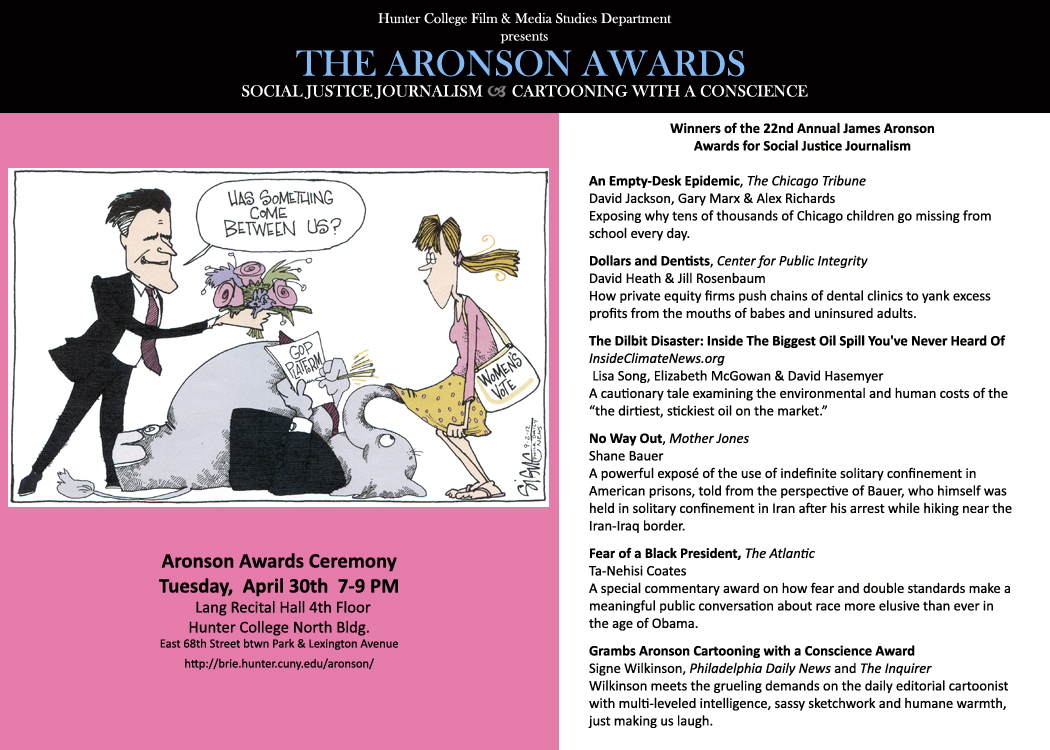 The James Aronson Awards for Social Justice Journalism invites you to the annual Awards Ceremony. This exciting event honors journalists who are committed to exposing discrimination based on race, class, gender, religion or sexual orientation; economic exploitation; violations of human rights, civil liberties and free expression; environmental degradation; and brutality to civilians in war.

On April 30th, the 2013 winners will share the story behind their powerful investigations with us.

James Aronson Awards for Social Justice Journalism is sponsored by Hunter College Department of Film & Media Studies and an Awards Committee of journalists and media critics.