IMA student Iva Radivojevic‘s first feature thesis film Evaporating Borders will be premiering at the International Film Festival in Rotterdam. She will also be showing her film at the IMA/MFA Fall 2013 Thesis Show this Saturday the 14th. Iva Radivojevic has launched a Kickstarter to complete her film.

IMA alum Olaf Bertram-Nothnagel screened his thesis film, Film & Conversation: Direct Democracy and NYC?, on Saturday November 23rd, at The Park Slope Food Coop. His thesis was followed by a talk about the possibility for modern-day citizen lawmaking in New York. 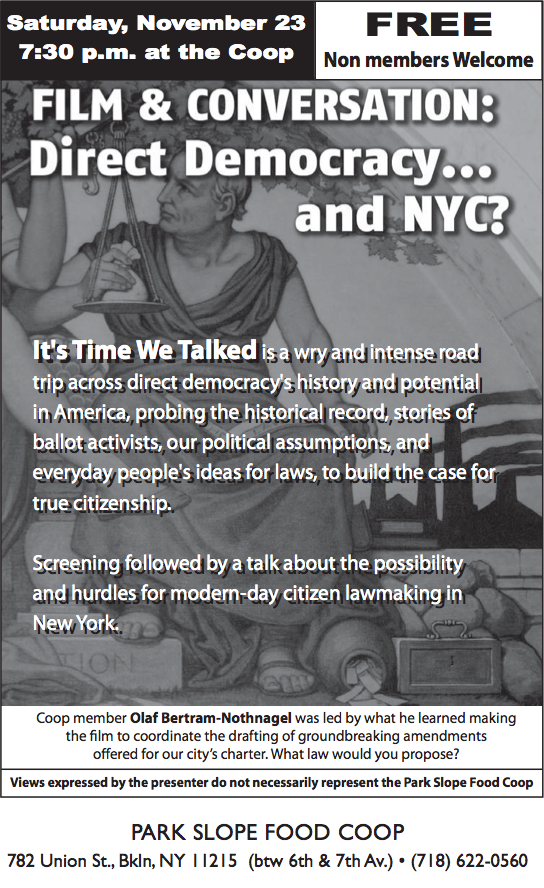