IMA student Betty Yu will be apart of the Asian American Art and Activism event, part of Target First Saturdays, taking place at the Brooklyn Museum on May 3rd from 7:00pm-8:00pm. Artists and activists will lead an interactive dialogue about important political and social issues they’ve addressed in their works. There will be Free Tickets at the Visitor Center at 6:00pm. 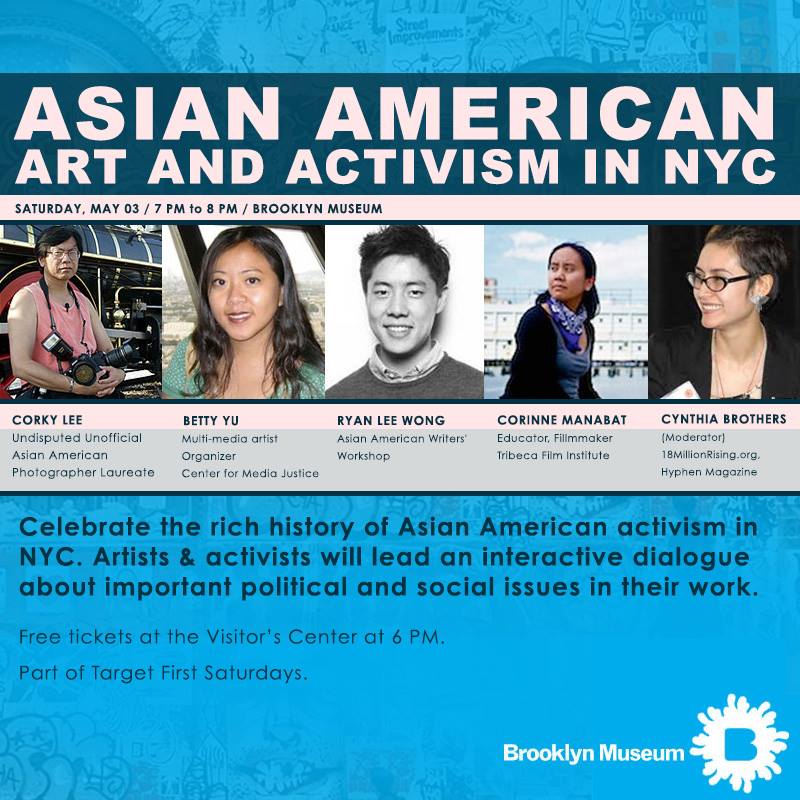 IMA student Betty Yu performed in the Speech, Chant, Manifesto: The Words of the Asian American Movement on March 4th at the Interference Archive. The performance was an ensemble of actors and organizers that staged a theatrical reading of writings and interviews of the 1970s Asian American Movement. The theatrical readings aimed not only to shine light on those words, but to produce a conversation between contemporary organizing and its political roots.