The screening will be held at 6:30PM at the Lang Recital Hall in Hunter College NYC.
Please RSVP by contacting pav10023@gmail.com
This event is free and Open to the Public. 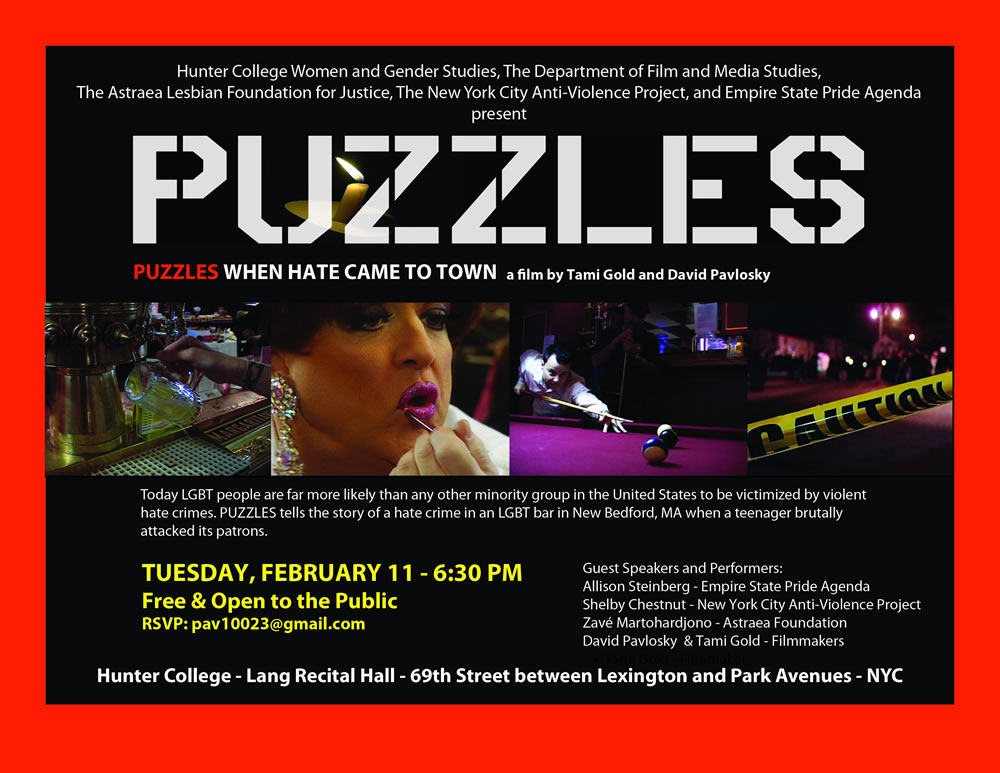 About the film:
Today LGBT people are far more likely than any other minority group in the United States to be victimized by violent hate crimes. PUZZLES tells the story of a hate crime in an LGBT bar in New Bedford, MA when a teenager brutally attacks its patrons.