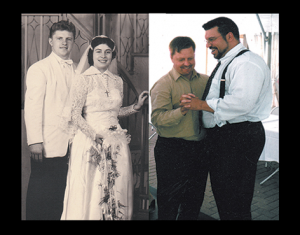 Don’t Bring Scott is a personal documentary portrait that investigates the roots of homophobia in the American family and its reinforcement via religion and society. When David’s working-class parents decide to celebrate their 46th wedding anniversary without inviting his life partner, this All-American, rural family is dragged into the 21st century.