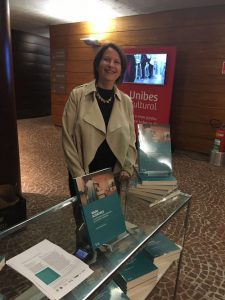 Prof. Ivone Margulies launched her book, Nothing Happens: Chantal Akerman’s Hyperrealist Everyday in translation through the University of São Paulo Press in multiple cities in Brazil.

The book is a comprehensive study of this celebrated feminist filmmaker and it contextualizes her work in relation to postwar cinema’s representations of duration and the everyday since the post-war (from the neo-realists to Warhol). Nada Acontece: o Cotidiano hiperrealista de Chantal Akerman (2016) has been updated to include analyses of Akerman’s work in documentary, installations and filmic adaptations (of Proust and Joseph Conrad) since 1993.

Margulies gave a mini-course on Akerman at the University of Minas Gerais, introduced and discussed the filmmaker’s final film No Home Movie in Belo Horizonte and University of São Paulo (May 30, 31st.)

The events around Margulies’ book launch were organized as homage to the Belgian filmmaker who passed away in October 2015. All through the Spring New York paid tribute to Akerman’s work and in March 19 Margulies was one of the organizers of a tribute at the Lincoln Center for the artist “New York Remembers Chantal Akerman.” 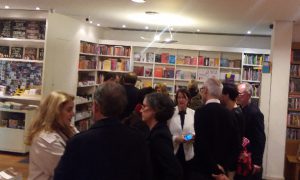 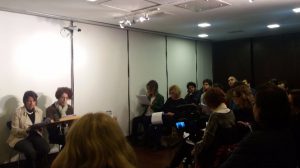