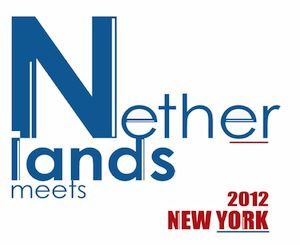 Sixteen students from a top-ranked university in the Netherlands will hone their skills in media arts during an 11-day program at Hunter College, sponsored by the Department of Film and Media Studies and the Hunter Student Film and Media Guild. The students will be led by John Driedonks, and Hunter graduate Brian Maston, who earned a Hunter BA in Film (2003) and now teaches as a senior lecturer in Film and Media Studies at the Hogeschool Utrecht—the Utrecht University of Applied Sciences.

The sixteen students, who will be at Hunter from February 13-24, will attend journalism and film/video production courses taught by faculty at Hunter College and the CUNY “J” School. They will produce documentary shorts or video news stories that will be screened along with student work from the Hunter College Department of Film and Media Studies this Thursday, February 16, at 7 pm and Thursday, February 23, at 7 pm. Both screenings will occur in Room HN 502, North Building on the 68th Street Campus.

A list of directors and screening titles will be forthcoming in the next 24 hours.