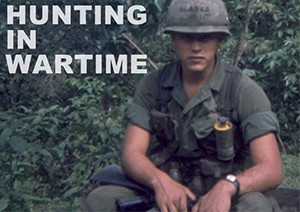 Congrats to IMA student Samantha Farinella, as her documentary film Hunting in Wartime becomes a finalist for the Big Sky Award at the 13th annual Big Sky Documentary Festival.

“The Big Sky Documentary Film Festival has become the largest cinema event in Montana and the premiere venue for non-fiction film in the American West” (bigskyfilmfest.org).