Annie Berman’s installation “Of Birds and Boundaries ” created in Interactive Media Production course will be at the Megapolis festival in NYC this April.

Of Birds and Boundaries (2011), is an interactive installation charting the development of an unexpected relationship, a cross-cultural exchange between two neighbors who agree never to meet – the artist (Annie), and a 25-year-old Chasidc man (‘Marty’), both living in Williamsburg, Brooklyn. Their relationship develops over the course of six weeks, and over fifty phone calls. This project originated as a 23-minute short animated film developed as a resident of the UnionDocs Collaborative. 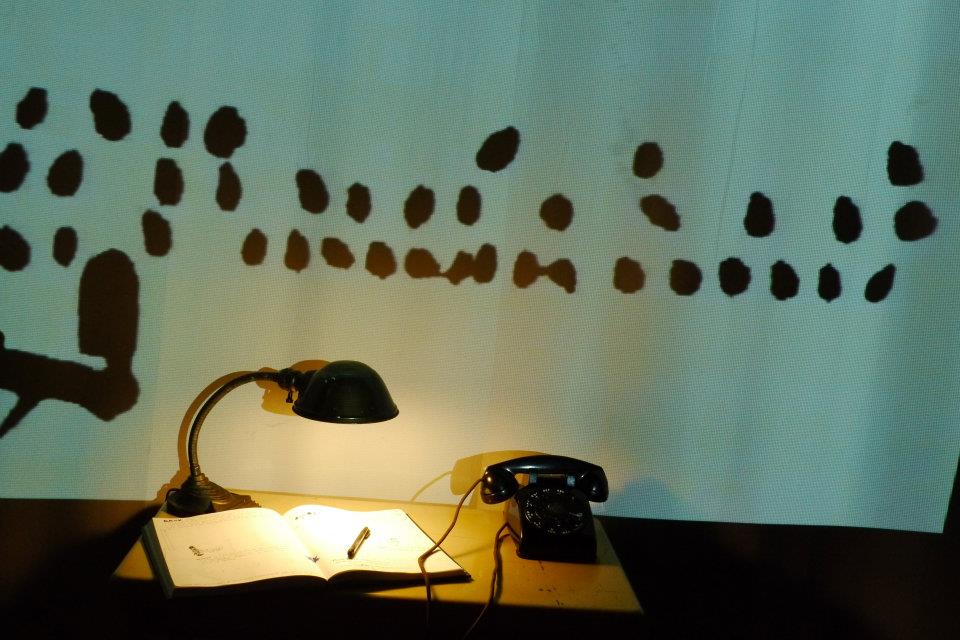 About the Artist
Annie Berman came of age studying theater in magnet schools for the arts in Miami. She later attended Brandeis University for scientific research, but it was a Philosophy of Aesthetics course that fired her synapses. Since then, her camera has taken her around the world exploring image and representation, pop-iconography, identity, and religion. She is the former President of the board of Women in Film and Video New England, and the founder of Fish in the Hand Productions. Last year, Annie was a fellow in residence at the UnionDocs Collaborative. She is currently pursuing her MFA at Hunter College.