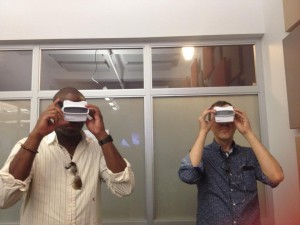 IMA alumna Annie Berman will be presenting at Utopia 1.0: Post-Neo-Futurist-Capitalism in 3D! An immersive VR film experience presenting a documentary on the digital ruins and last days of the online world Second Life inside a virtual theater.

What began as a nonfiction film by filmmaker Annie Berman has been transformed into an interactive, immersive 3D experience for Oculus Rift during the team’s summer residency at Art-a-Hack.