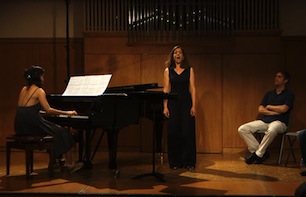 The Hunter College Film & Media Studies – Intergraded Media Arts Graduate Program is pleased to announce that Mariano Wainsztein — an IMA graduate student — has won an award from the prestigious National Board of Review for his documentary The Animal in You, which he filmed, directed and edited.

For over 101 years the National Board of Review has dedicated its efforts to the support of film, domestic and foreign, as both art and entertainment. This nonprofit organization celebrates the distinctive voice of the individual artist, honoring excellence and supporting freedom of expression in film.

Mariano Wainsztein was born in Buenos Aires and grew up both in Argentina and in Israel. He studied music in the Tel Aviv Academy of Music and in the Royal conservatory in the Hague, Holland, majoring in composition. Mariano has written music for dance companies such as the Bat-Sheva dance company, for the choreographer Emanuel Gat, and for acclaimed video artist Guy Ben-Ner. He resides and works in New York since 1999, upon receiving a grant from the Franklyn Furnace for Performance Art and the New York State Council on the Arts to produce a stage work for the Kitchen Theater in New York. He has been an independent filmmaker since 2001. 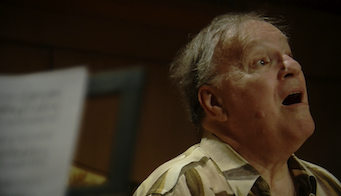 Mariano’s winning documentary tells the story of Andreas Scholl and his vocal coach, Richard Levit. The result is an intimate film about the unique relationship between the young star and his beloved teacher.

Richard Levitt was born in San Francisco and grew up in Los Angeles before pursuing a career as a classical singer in Europe in the early 1960s. As a child, he and his brother worked in Hollywood where they got small acting roles in films and stage productions. Levitt ended up teaching singing at the music academy in Basel, Switzerland.

The film was mostly shot in Basel, Levitt’s place of residence, and is comprised of interviews with Scholl in Germany and conversations he had with Levitt in Basel.
A central scene observes both Levitt and Scholl in a shared master class at the music academy, as they instruct three young singers. The film moves back and forth between these scenes, ignoring the dictates of a chronological linearity.

The interviews and conversations in the film revolve around Levitt’s life and unique approach to singing, but they also return to a dream Andreas had during the shooting of the film, a dream about the recent loss of his father and of the role of father figure that Levitt has taken in his life in the past as well as in the present time.

The name of the film is borrowed from a dialogue depicted in it: During a master class in which a student sings a technically perfect performance, Richard asks Andreas:

“What do we say about the animal in you?”

Andreas answers: “Don’t forget that animal.”
The Animal in You will be presented in the documentary series REEL DIALOGUE in the fall of 2011 at Hunter College.