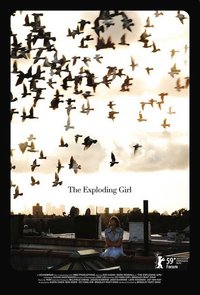 Join CinemaTalks at a free screening of “The Exploding Girl” that will be followed by a Q&A session with the film’s producer Karin Chien and DP Eric Lin.

This independent drama focuses on Ivy, a young epileptic woman, who is on her summer break from college and struggling to balance her feelings for her fledgling boyfriend while her friend Al crashes with her for the season.