IMA Alumni Megan Sperry and Daniel Phelps’ screening of The Domino Effect will be on Thursday May 23, 2013 at 7:00PM on 113 Berry Street.
END_OF_DOCUMENT_TOKEN_TO_BE_REPLACED

IMA alumna Sarah Friedland helped edit Commie Camp. A film produced by Katie Harper. The film follows articulate and hilarious 9 year-olds during a recent summer, as they consider the world, from Harriet Tubman to Hiroshima to water-boarding. The timely film demonstrates respectful and reflective transmission of humane values and rebuts the distortions of the right wing extremists.

The film will be featured in two film festivals this summer. 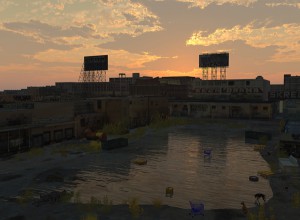 Congratulations to Prof. Tim Portlock who is the featured artist in the latest issue of Afterimage with a series of his haunting cityscapes entitled “Here”.

Check out the feature: http://vsw.org/afterimage/portfolio/here-tim-portlock/